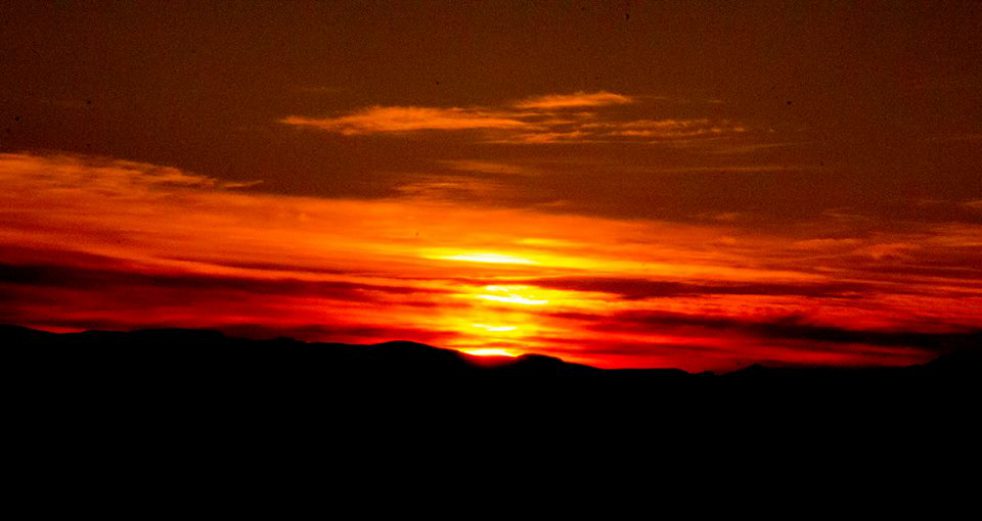 The representatives from the various states had gathered and the discussion and the debate were becoming more and more heated. Each one of these representatives was fighting hard to get their own thoughts and desires included in the legislation. They were doing what representatives do, protecting their own special interests. The more they debated and fought the more it appeared that they were at an impasse and this legislation would be defeated. No one wanted to give in. They were all so focused on themselves and their own personal wishes they were forgetting what was best for the people they were representing. Some of the representatives had even walked out of the proceedings in anger. There was a growing sense of hopelessness and despair.

Finally, having listened to all the arguments, having observed the passion of the representatives and having watched as this gathering appeared to be dissolving in front of his very eyes, one elder statesman stood and gained the attention of the assembly. He was a well-known man who had the respect of those gathered.

The group was the Continental Congress. The issue at hand was the birth of America. The elder statesman was Benjamin Franklin. He addressed the group:

In this situation of this Assembly, groping as it were in the dark to find political truth, and scarce able to distinguish it when presented to us, how has it happened, Sir, that we have not hitherto once thought of humbly applying to the Father of lights to illuminate our understanding? In the beginning of the contest with Great Britain, when we were sensible of danger, we had daily prayer in this room for the Divine protection. Our prayers, Sir, were heard, and they were graciously answered. …. And have we forgotten this powerful Friend? Or do we imagine we no longer need His assistance? I have lived, Sir, a long time, and the longer I live, the more convincing proofs I see of this truth – that God governs in the affairs of men.

Benjamin Franklin, addressing this assembly of the greatest minds in America, continued:

If a sparrow cannot fall to the ground with His (God’s) notice, is it probable that an empire can rise without His aid? We have been assured, sir, in the Sacred Writings, that except the Lord build the house, they labor in vain that build it.

Benjamin Franklin concluded his remarks with his own personal conviction concerning the future of the nation:

I firmly believe that without His concurring aid, we shall succeed in this political building no better than the buildings of Babel. We shall be divided by our little partial local interests; our projects will be confounded; and we ourselves shall become a reproach and a bye word down to future ages. …. I therefore beg leave to move – that henceforth prayers imploring the assistance of Heaven, and its blessings on our deliberations, be held in this Assembly every morning before we proceed with business…  (Renewing The Soul Of America – pp. 26-27)

Don’t miss this – this assembly of 56 of the greatest intellectuals and leaders of their time listened to Benjamin Franklin and adopted his motion. Every session after that one was begun by prayer seeking God’s guidance and wisdom. This group of men went from fighting against each other for their own interests and wishes to joining together to fight against the tyranny of Great Britain.

Now instead of the Constitutional Congress dissolving and this idea of freedom fade away, they are now united in purpose. God’s wisdom began to prevail and consensus conquered confusion. These men began to get a sense of order and direction and the result was the drafting and adoption of the greatest document ever crafted by the human mind.   No other constitution of any nation in the world has endures as has ours.

James Madison, the principle drafter of the constitution and our 4th president said: “Without the intervention of God there never would have been a Constitution.” (Renewing The Soul Of America – p. 27)

Up until this point all these men had been trying to go it alone and were looking out for their own self interests and the particular desires of the colonies they represented. Then, through the power of God, they began to work together. They began to realize that they could not go it alone. They understood their need for God.

I would like to share with you that I believe that we as a nation need to come to the realization that we cannot make it on our own today. We need help. That help is God!

I could spend time today talking to you about how our Constitution is being ignored and the rights of the people are being discarded and treated as insignificant. I could talk to you about how the freedom of religion in our nation is under attack by those who desire freedom from religion.

I could talk about how we have gotten our values so messed up. For example – why is Bruce Jenner celebrated for becoming Caitlyn Jenner and why is he being given the Arthur Ashe Courage Award at the 2015 ESPY Awards on ESPN?

Why is Tim Tebow praying on the football field condemned? Not only condemned but criticized and mocked and ridiculed.

I could talk about how reconciliation and cooperation among all people is being replaced with race baiting and class warfare.   I could talk about so much that is wrong with our great country and how we have gotten away from the principles upon which we were founded.

But I am not going to talk about all of that. Instead, I would like to talk to you about how America can be redeemed.   I would like to give you some principles that will help to bring revival to our nation and that can help to put us back on the right track.

Ronald Reagan said,  “If we ever forget that we are one nation under God then we will be a nation gone under.”

As we are going through these principles you will notice something in particular about them all. Don’t miss this – They all begin with the individual!   If we want to redeem our nation, if we want revival to come, if we want to leave a nation for our children and grandchildren that is better than the one we have now then we must begin with ourselves.

Every person, no matter who they are or what they claim to believe or not believe, has something in their lives that is the final authority for how they will live their lives. What is yours?

The Bible has been around longer than our nation. It has already withstood more tests than our nation has and it is still here providing truth and guidance to all who will receive it. God has not given it to us for our opinion but for our instruction.

2 Timothy 3:15-17 – …from infancy you have known the Holy Scriptures which are able to make you wise for salvation through faith in Christ Jesus. All Scripture is God-breathed and is useful for teaching, rebuking, correcting and training in righteousness; so that the man of God may be thoroughly equipped for every good work.

Popular culture lies to you. It changes constantly. According to popular culture what was true yesterday is not necessarily true today and can change again tomorrow. There is no consistency with culture except that it changes.

You cannot base the way you live your life on the popular culture because of the inconsistencies. According to popular culture if you don’t go along with it then you are wrong and there is something very wrong with you.

Have you ever noticed that those who are the most exclusive are the very ones who scream about you needing to be inclusive? They only believe in “one way inclusion”.

The Bible is consistent and the truth found in the Bible does not change with culture. When are we going to stop following the changing winds and whims of culture and start following the unchanging truth of Christ?

Deuteronomy 11:18-20 –  Fix these words of mine in your hearts and minds; tie them as symbols on your hands and bind them on your foreheads.  Teach them to your children, talking about them when you sit at home and when you walk along the road, when you lie down and when you get up.  Write them on the doorframes of your houses and on your gates,

We are all an example. What kind of example are we setting? As Christ Followers we are to lead the world and not have the world lead us. We are to set the example and not follow the example set by the world. We are to be difference makers.

Matthew 5:14-16 – You are the light of the world. A city on a hill cannot be hidden.  Neither do people light a lamp and put it under a bowl. Instead they put it on its stand, and it gives light to everyone in the house.  In the same way, let your light shine before men, that they may see your good deeds and praise your Father in heaven.

All the darkness in the world cannot put out the light of a single match!

The Bible is the Truth. It has never been proven wrong in anything. Even though we may not understand everything that doesn’t change the Truth in the Bible. We are committed to preaching and teaching the truth of Scripture here at Woodbine. We will not compromise the truth and we will not water it down.

Colossians 3:23 & 24b – Whatever you do, work at it with all your heart, as working for the Lord, not for men….It is the Lord Christ you are serving.

2 Chronicles 7:14 – If my people, who are called by my name, will humble themselves and pray and seek my face and turn from their wicked ways, then I will hear from heaven, and I will forgive their sin and will heal their land.

If we want America to be “one nation under God” then we need to follow these principles.

America’s finest hour is not the glory of a magnificent military victory but the outpouring of God’s grace upon us as we fall on our faces in repentance for sin and selfishness before our true “Founding Father” – God Himself. (Renewing The Soul Of America – p. 184)

Once we do that we will see things differently. Things will change.

If we want freedom to rain on our nation then we need to have freedom reign in our hearts!

It all begins with the individual. Revival must first come to your heart before it can come to our church, our community and our nation.

Are you a Christ Follower? Then I want to ask you to pray for a fresh move of God in your life. Pray for personal revival. Then ask God how He wants you to make a difference and do it.

If you are not a Christ Follower I want you to hear the words of Jesus when He said, “I have come to set you free.” Do you want to be free?

View all posts by Jimmy Allen

2 thoughts on “Freedom Rains! (No that is not mispelled)”